A Different Look at the Permanent Collection

I was invited to participate to the Summer Salon Series at the San Diego Museum of Art.Each artist or group of artists was invited for a one night event, held every Thursday during the whole summer. My project revolved around the use of the permanent collection of the museum. Everything was specially made for that evening.

I had banners made specially for the occasion, made a video (projected inside), projected images on the outside walls of the museum, had a workshop for people to participate to, invited a group of music, and a silk-screen printed who printed t-shirts on the spot as give aways. 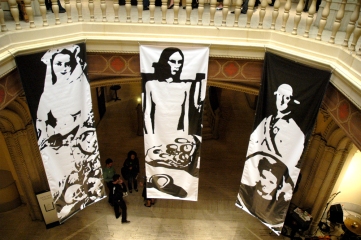 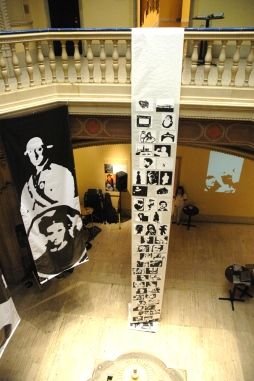 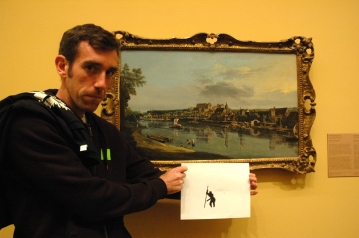 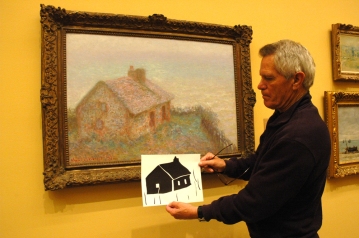 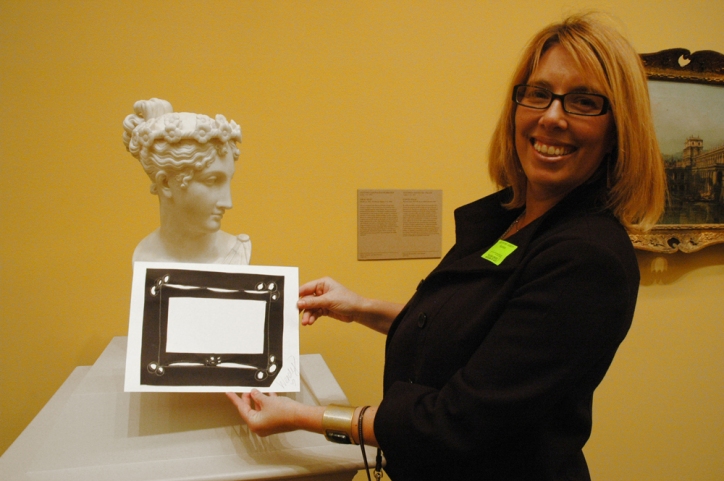 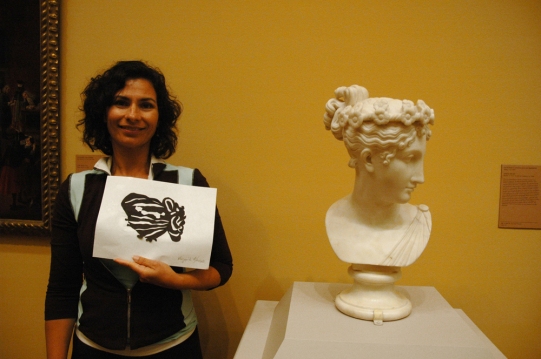 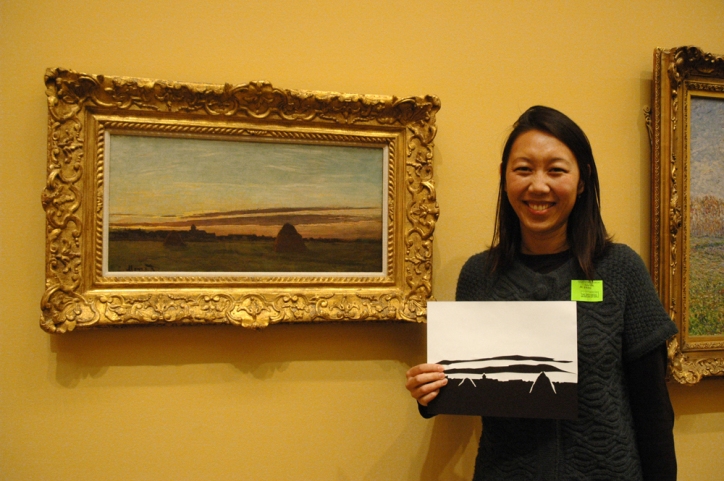 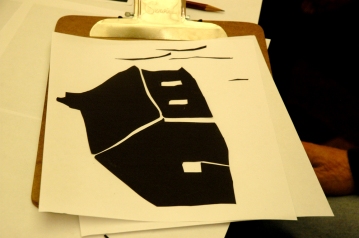 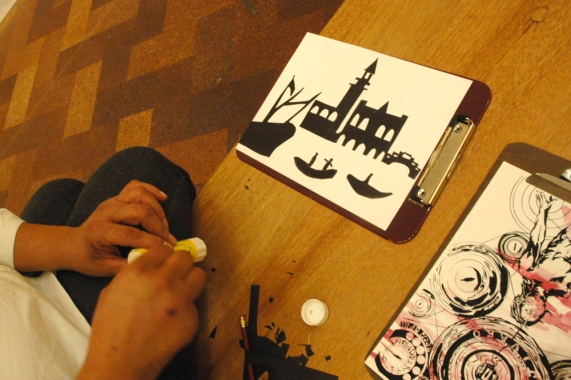 My workshop took place in Gallery 16. The idea for the people participating to the workshop was to chose a painting which inspires them. To chose a detail or the whole painting and to make an interpretation in black and white of the chosen part. To keep only a few details. They had to draw shapes on a black card stock. Then they could cut the shapes and glue them on a white card stock. I would then take a picture of the person and her piece, in front of the chosen painting.

People told me it was great to work in that beautiful room, it was a “zen” workshop, engaging and open. I had a great time talking to people about the piece they were making. They were happy to be there and to share the moment. The quality of the work was amazing and the final “gallery” was really a beautiful piece!